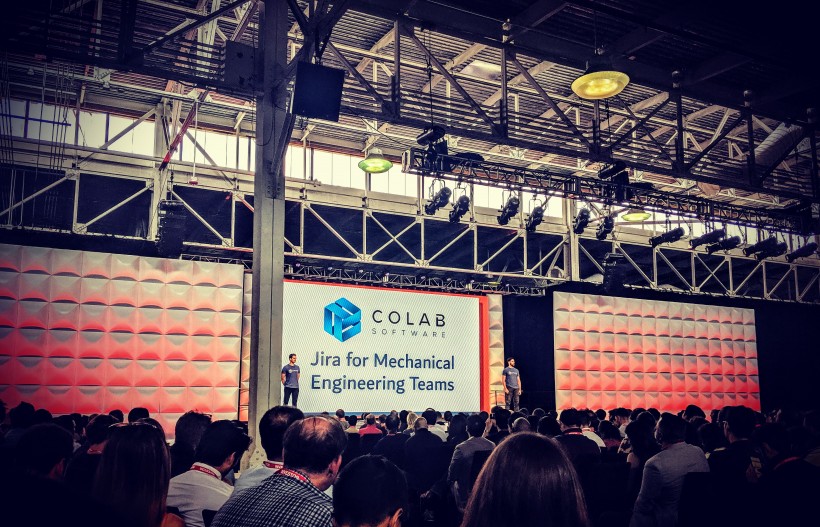 The company, whose software allows industrial designers and manufacturers to collaborate on 3D models online, also announced that it will release version 2.0 of its software this month. CoLab’s original product supported collaboration during the design phase, and the new version will move into the manufacturing phase.

CoLab Co-Founders Adam Keating and Jeremy Andrews presented their company at the Y Combinator demo day in late August, at which 1,000 investors attended in person and a further 2,000 watched online. The team was then able to line up its investor group within 10 days.

“We stopped taking meetings about a month ago,” said Keating, the company’s CEO, in an interview Tuesday. “That was the coolest thing: we were able to meet a lot of people in a short period of time . . . and then as a company we were able to get back to building the product, which is the important thing.”

In May, CoLab announced that it was the first Atlantic Canadian company accepted into Y Combinator, arguably the world’s leading tech accelerator. Shortly after that, another St. John’s company Sequence Bio said it had also joined the Y Combinator cohort in Silicon Valley. All participants receive funding on joining the accelerator.

The CoLab funding round was led by three Silicon Valley venture capital funds that the company met through Y Combinator – Spider Capital, Liquid 2 and FundersClub. They were joined by three Canadian funds that had invested in the company previously: the St. John’s-based VC groups Pelorus Venture Capital and Killick Capital, and the Calgary-based fund Panache Ventures.

Several other angel and institutional investors from Silicon Valley also joined the funding round.

“We believe the industrial process automation space . . . is ripe for disruption and CoLab has the market and product insight to build a platform company,” said Spider Capital Managing Partner Michael Neril in the statement. He added that the company’s platform “streamlines the siloed design, review and collaboration process to optimize workforce productivity for engineering teams in the manufacturing industry.”

CoLab builds software that lets designers and their colleagues work simultaneously on digital 3D models, and track issues that arise throughout the development process. With Version 2.0, CoLab is extending its technology beyond the design process so it supports collaboration and issue-tracking throughout a manufacturing program’s entire lifecycle. CoLab said the new version will feature industry-leading 3D viewing technology, drawing and document reviews, and 3D assembly instructions.

Keating said the company, which had 14 employees when it raised the money, has recently added two staff members and plans to raise the headcount to 28 within a year.

The company is working with Fortune 500 customers in the automotive, defense and industrial equipment industries and has seen strong growth within its initial customers and supply chain in 2019.

“We have formed a seasoned team of investors who understand our market and how to scale enterprise SaaS companies,” said Keating. “This is the next step in enabling CoLab to become the global standardized platform for engineering design and manufacturing collaboration.”