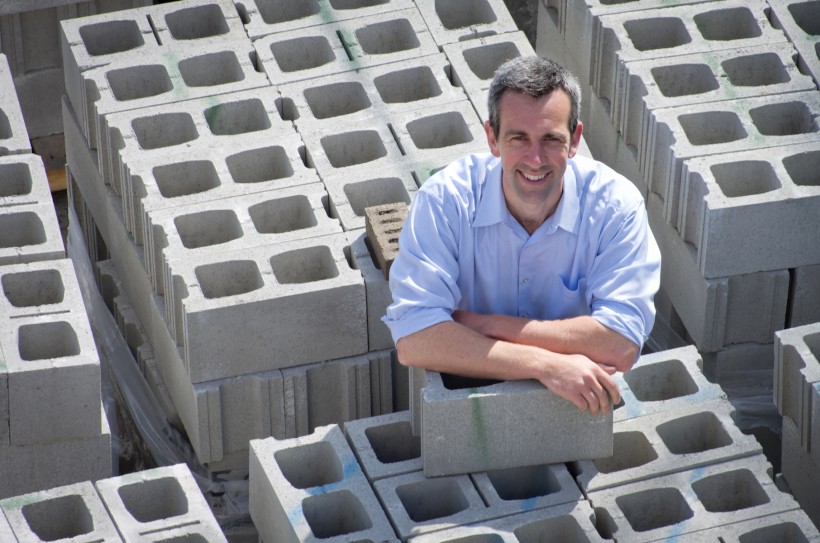 Founder and CEO Robert Niven said in an interview that Pangaea made the investment by exercising an option it took when it led CarbonCure’s last $3 million round of investment. The Vancouver VC fund, which specializes in advanced materials, invested $1.75 million in that round, which closed a year ago.

The funding is further validation for Dartmouth-based CarbonCure, whose process injects waste carbon into the concrete mix, thereby eliminating the CO2 emissions created in the manufacture of concrete products. Concrete, the world’s most common construction material, is responsible for more than 5 percent of total greenhouse gas emissions because traditional processes cure concrete blocks by heating them.

“The investment marks an increased valuation and confidence in the continued commercial and technology growth of the company,” said Niven. “CarbonCure will use the funds as growth capital for its ready mix and masonry concrete technology and to launch a new technology later this year.”

Ready-mixed concrete is produced in a truck and immediately poured fresh on site, as opposed to concrete blocks made in a factory. Once Vulcan, located near Washington, D.C., partnered with CarbonCure for its ready-mixed concrete, America’s capital city became the first metropolitan market to have access to the company’s sustainable concrete.

CarbonCure has recently been securing more major customers for its technology. Earlier this month, Thomas Concrete of Atlanta announced the implementation of the ready-mixed technology, which followed a similar announcement last month by Johnson Concrete Company of North Carolina.

CarbonCure was also named to the prestigious 2015 Global Cleantech 100, produced by Cleantech Group, whose mission is to connect corporates to sustainable innovation through its i3 Connect platform and global events.

The 2015 round was the third round of funding for the company and included investments from BDC Capital (which committed $500,000), Power Generations Inc. of Florida, and a range of individuals.

In December 2013, CarbonCure raised $3.5 million in a round led by Montreal-based BDC. Other investors included Eagle Cliff Partners, based in the San Francisco Area, Innovacorp and 350 Capital of Toronto.

Early in 2012, it closed a $1.6 million round led by Innovacorp that featured a number of angel investments.