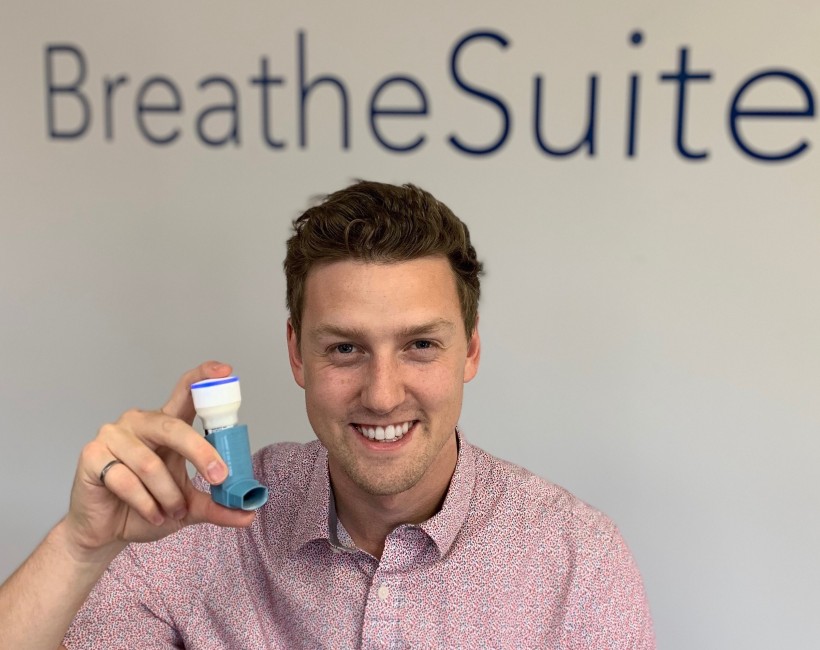 St. John’s-based BreatheSuite Inc., which helps people to use inhalers properly, has raised a $550,000 round of equity financing led by Venture NL, the Newfoundland and Labrador fund overseen by Pelorus Venture Capital.

The company issued a press release on Thursday saying that Venture NL – which is backed by the Newfoundland and Labrador government, BDC Capital and others -- has invested $250,000 in the medtech company. The rest of the investment in this round came from angel investors based in St. John’s and elsewhere.

Founded last year, BreatheSuite has developed software and hardware that aim to correct the improper use of inhalers. Its goal is to improve treatment for the millions of people who suffer from asthma and chronic obstructive pulmonary disease, or COPD, most of whom use their inhalers improperly.

“This funding will be incredibly influential to BreatheSuite's success,” said CEO Brett Vokey in an email. “This allows us to grow our team, pursue several exciting pilots with big-name clinical partners and start getting as many asthma patients using the BreatheSuite platform as we can.”

BreatheSuite is a small device that attaches to the inhaler and connects directly to a smartphone via Bluetooth. The software includes educational material on how to use inhalers, and a smartphone dashboard to show the user how he or she is doing in taking the treatment.

It began early in 2018 in Bounce Innovation, the Newfoundland and Labrador group that brings together a range of people from the medical and innovation communities to develop medtech products. Doctors involved in the project were explaining the difficulty in getting patients to use their inhalers correctly, which prevents medicine from reaching the lungs.

Vokey headed a team that developed the product within nine months and began tests on it late last year. The company now has five employees, has openings for software developers and hopes to increase its sales and marketing team in coming months.

BreatheSuite is pursuing several pilots with “world-renowned clinics”, said Vokey, and it hopes to officially launch in the U.S. in 2020.

“At Pelorus, we look for strong entrepreneurs with innovative ideas at the earliest stages of development,” said Pelorus Director Chris Moyer. “We lead the investment and bring together a strong syndicate of co-investors. Our investment in BreatheSuite is another example of our model in action as our $250,000 investment attracted local and international angel investors.”

The closing of this pre-seed round shows that the St. John’s startup community is attracting investment across all phases of companies’ growth. In the last month, St. John’s-based anti-fraud-software-maker Verafin has announced the closing of a $550 million debt-and-equity round, the largest venture funding round in Canadian history. Then CoLab Software, which makes advanced design and manufacturing collaboration software, closed a $2.7 million financing round following its participation in Silicon Valley’s prestigious Y Combinator accelerator.

BreatheSuite has been supported by the Memorial Centre for Entrepreneurship and Genesis’ Evolution program, both of which nurture early stage companies. The fact that it has now closed its first funding round shows there is a new wave of young “investment-ready” companies emerging in St. John’s.