The Dartmouth-based maker of 3D video software plans to double its staff. 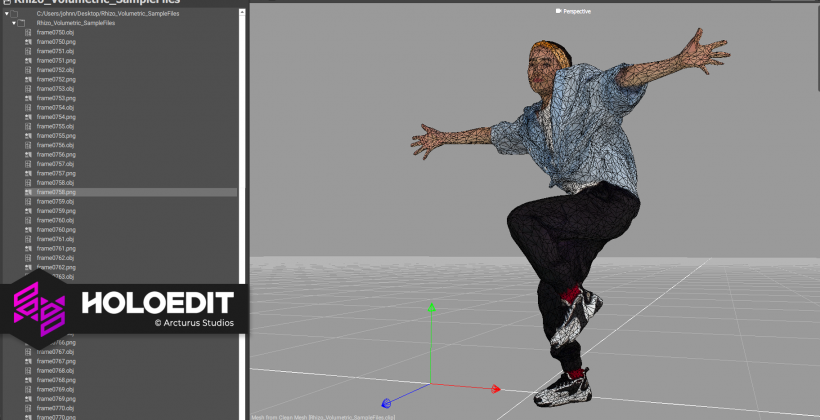 A Dartmouth-based maker of three-dimensional video software, led by an executive team stacked with former Netflix, Google and Pixar execs, has raised a US$5 million (C$6 million) seed round and plans to double its staff.

Arcturus is developing technology to create and distribute volumetric video -- hologram-like footage that can be viewed from a range of angles. Its potential customers include the film industry and telecom businesses.

Its seed round was led by San Francisco’s BITKRAFT Ventures, with other investors including Halifax’s Build Ventures and Atlantic Records CEO Craig Kallman.

“Volumetric video is the three-dimensional capture of a performance of a human from multiple angles,” said CEO Kamal Mistry in an interview. “And once you've got this kind of 3D scan or 3D capture of a human, you need to edit it, you need to stream it and play it back. And we've built a platform that powers that.”

Arcturus has offices in Dartmouth and Beverly Hills, with the engineering team and CTO Devin Horsman in Nova Scotia, and the sales team and Mistry in California. Mistry said in an interview that he considers the Dartmouth location to be Arcturus’s head office.

The company makes two software products: HoloEdit and HoloStream. HoloEdit lets users edit volumetric video in a user-friendly way, and HoloStream allows users to stream their 3D creations. HoloEdit is sold as a SAAS product, and HoloStream customers are billed on a “per stream” basis.

End-users can watch volumetric video in several ways, including via products similar to Google Glass, or virtual reality headsets. Users can also interact with the videos via iPhone or iPad.

“If you were doing a virtual yoga class, the instructor could look at you and give you instruction,” said Mistry. “Or a cooking class, or maybe it's just entertainment, like stand-up comedy or something. The entertainer could interact with you as you move your head... They would kind of be immersed in your space as three-dimensional people that are right there.”

As the technology becomes more advanced, Mistry said he expects customers to be able to create holographic concierges and virtual nurses.

In the meantime, he said, Arcturus’s existing customers include a fashion brand using volumetric video to showcase its products, and telecommunications providers, for whom resource-intensive augmented reality pairs well with the rollout of 5G.

“Telcos are in the business of streaming and taking advantage of their 5G networks, their high bandwidth networks,” said Mistry. “And certainly, this new media type helps showcase and show people what could be possible.”

He added that Japan is Arcturus’s largest source of new business, followed by the Americas, and to a lesser extent, Europe.

Arcturus, founded in 2016, currently has 20 employees, with plans to hire 20 more, thanks to the $5 million funding round. Those roles will include product managers, engineers and customer-facing staff.

“We want to press the pedal on the gas with respect to the sales and customer success,” said Mistry. “So, a good focus will be hiring and building out our customer success and our sales teams.”