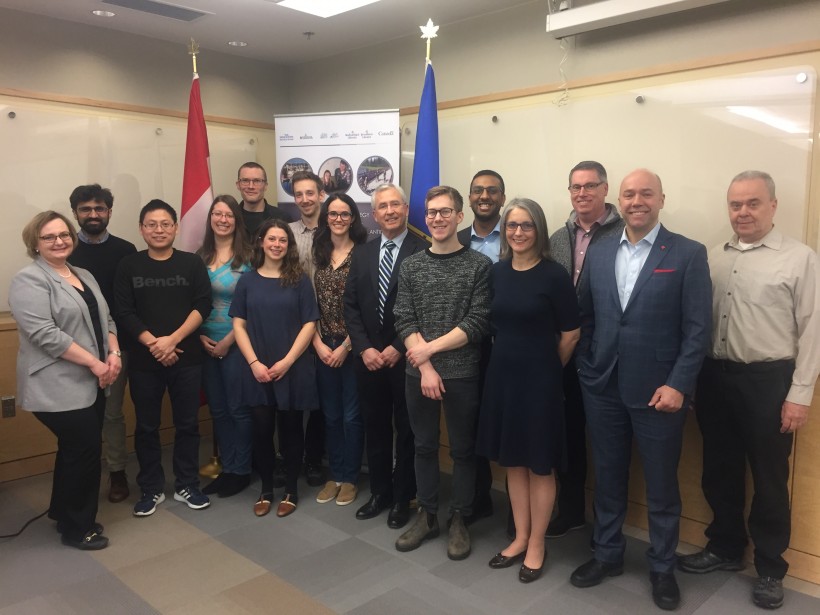 A team of researchers in Halifax are on the brink of releasing a pocket-sized medical device that can generate test results in mere minutes, using only a pinprick of blood.

Alentic Microscience is a Halifax-based microscopy company that has developed a new imaging device that instantly reads patients’ results at the point of care, using only a drop of fluid, without the need for bulky microscopes and lab equipment.

On Monday, the company was granted a $2,992,162 loan from the Atlantic Canada Opportunities Agency’s Business Development Program to commercialize its device.

It’s a welcome invention for those who feel queasy when having their blood drawn, but the impact of the device will extend beyond our planet.

The technology was chosen by the Canadian Space Agency for research that will result in a device that can monitor astronauts’ immune systems in real time, according to a statement released Monday. The release said it is a task that was previously thought impossible.

Dalhousie University neuroscientist and Alentic CEO Alan Fine began the initial research behind the company in 2003. He was searching for a new way to analyze liquid samples, like blood and other bodily fluids, for medical tests.

“I had this brainstorm that it might be possible to replace the standard way that people do microscopy with lenses and focusing with machines in a much more simple way,” said Fine in an interview.

“Turns out it was a good idea but it took me a few years to test the idea.”

Over the course of 16 years, Fine was able to build a team of 15 researchers and secured funding from the Canadian Institutes of Health Research for his Dalhousie-based lab.

“Once I was able to prove to my satisfaction that this wasn’t a totally crazy idea, it was immediately clear I had to spend a lot of time developing it, because it had so much potential, it would be irresponsible not to pursue it,” said Fine.

“So I made the company, sought patents and the rest was history, as they say.”

This new injection of funds will be used to create six jobs, including a biological engineer, a software developer and an embedded systems engineer. They will help with the planning, design, prototype assembly, testing and clinical trials of the new device.

On the business development side, the technology has been granted 10 patents in the United States, one in Canada and one in China and has many more patents in progress. The company claims its technology is fully operational for specific cellular analyses currently used in medical and veterinary settings.

Alentic’s device, once fully on the market, has the potential to make significant improvements to the quality of healthcare and healthcare systems.

“We’re going after the clinically most important tests that can have the most impact on health and improving the delivery of healthcare here and around the world,” said Fine.

Disclosure: The Atlantic Canada Oppotunities Agency is a client of Entrevestor.