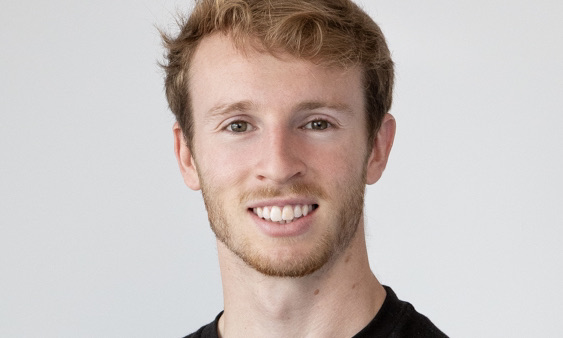 Founded in 2018 by a team of engineering students from the University of New Brunswick — Michael Barnhill, Nick Dowling, Isaac Barkhouse and CEO Sam Poirier — Potential is developing software to help control off-road EVs. Electric vehicles rely on software to manage functions like modulating how much power is sent to the wheels, how the vehicle responds to steering input and the behaviour of adjustable suspension systems.

In November, Poirier said that after about two years operating in “stealth mode,” he expected to have a minimum viable product ready for testing in 2022. Now, with the help of the new funding, he said Potential is looking to start testing its software in real vehicles.

“We've been spending a lot of time over the past couple years working on developing our software specifically in simulation, for the most part,” he said in an interview Thursday.

“So what I'm excited to showcase over the coming months is what the software that we've been developing can do in an actual off-road electric platform.”

Asked if the showcasing of Potential’s technology would come in the form of a partnership with a vehicle manufacturer, Poirier declined to comment, but promised he would announce more details soon.

The $4.07 million deal is Potential’s second funding round in two years; in May of 2020, Poirier’s team closed a $2.5 million seed round.

TIME Ventures was a new investor in the latest raise, with existing investor Brightspark leading the round. Existing shareholders Build Ventures and the New Brunswick Innovation Foundation also re-upped their stakes. Build is based in Halifax and run by General Partners Patrick Keefe and Rob Barbara.

Potential originally planned to convert gasoline-powered cars into EVs. Poirier said that early in the company’s life, the team decided to pivot to making control systems for off-road vehicles because their manufacturers have historically relied almost exclusively on fossil fuel engines. With social and regulatory pressure forcing them to consider electrification, the industry’s major players face an expertise deficit that creates a market opportunity for Poirier and company.

Poirier’s team numbers 21 people -- two more than in November -- and he plans to use some of Potential’s new capital to reach 25 employees soon. He said he especially wants to hire an embedded software developer and a vehicle test engineer.

An embedded developer is a programmer who specializes in making software compatible with specific, sometimes idiosyncratic hardware, like that found in vehicles.

He added the new roles will probably be a mix of remote and in-person hires.

“We've done an awesome job of bringing in talent from...places all over the world. But we also have been able to do a great job of working with people outside of the province, as well, so we have several people who now work in Halifax and then a couple of people working in Ontario,” said Poirier.